Sunday 4th September 2011 was a very sad day in our house.  E4 ended its twelve year deal to show episodes of Friends.

When Friends first aired in the UK I was a twenty-something single girl.  I had two jobs, went out every night of the week and, apart from the spacious and beautifully decorated Manhattan apartment, I lived my life like the characters in the show did. 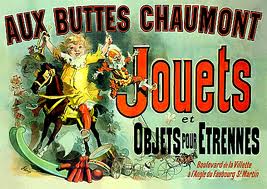 In the 90s Friends pre-dated Sex and the City and I could relate to the life it portrayed far more than the one played out by SJP and co.  I was buying my clobber from Top Shop and River Island; I wouldn’t have known a Manolo Blahnik if one smacked me in the head.  And a cosmopolitan?  Are you kidding, a lager and black was the nearest I got to a cocktail.

But Friends was enough like my own life for me to love it.  It may seem tame now in world where teenage lads on The Inbetweeners talk about being “knee deep in clunge,” but Friends was ground-breaking in the way its characters talked about sex and dating.  Or should that be the other way round?

As I grew up, got married and had children, so did Rachel, Ross, Monica, Chandler, Joey and Phoebe.  By the time the series ended in 2004, I felt like we’d gone down a fair old bit of life’s road together.  Well 236 episodes anyway.  Hell, I even had a Rachel haircut when I got married.

But then Friends took on a new life for me after it finished in 2004.  By then I had left my husband and was living on my own with my two, then small, children.  Watching Friends became one of ‘our things’.  No longer did I have to go through the whole Ross and Rachel, will they, won’t they palarver.  Now I could enjoy the madness of Ross’s karate, Unagi and the never-not-funny “Pivot!”

My children’s take on Friends made me watch it in a whole new light.  Friends references became one of the million little ways we communicated with each other.  When my daughter struggled to learn French, we used to say, “Je te floop flee” as we read her homework book, and my son’s glee at watching Chandler Bing doing Santa is a sight to behold.

We all have little cultural references from the show.  All of my real life friends refer to having Monica Geller hair when we go on holiday.  Watching Ross and Monica doing “the routine” reminds me of my brother and I in years gone by dancing in sync to Hopelessly Devoted To You and thinking we were cooler than cool. And who hasn’t come across the use of “so” as a replacement for “really” as in, “I am so not good at this.”

So it is with a heavy heart that I say goodbye to my twice-nightly episodes of Friends.  I could get Sky and Comedy Central, the new home of the show’s endless repeats, but Sky and I have unresolved issues.  I could get a box set, but it would only gather dust.

I know E4 want me to watch other stuff. I love the Big Bang Theory and it does have possibilities.  How I Met Your Mother?  Don’t make me laugh, E4.  So what I’ll do is say farewell to Friends and thanks for the brilliant memories and the fantastic laughs.

A shocked Chandler catches a rare glimpse of the fourth wall in Monica’s apartment.

In tribute, here, in no particular order, are my own personal Top 5 Friends moments.

1.  All weddings should have Marjorie playing “Here, there and everywhere” on the steel drums.